Ratlam is an important city of the Indian state of Madhya Pradesh. Ratlam is famous for its unique and appealing gateways and is administrative headquarters of Ratlam district. The city is known for precious golds jeweleries, Ratlami Saari and Ratlami Sev. The city lies in the Malwa region of Madhya Pradesh at about 1575 feet above the sea level. With the passing times the city has seen remarkable improvement in terms of urban development, public facilities, administration, tourism and others. 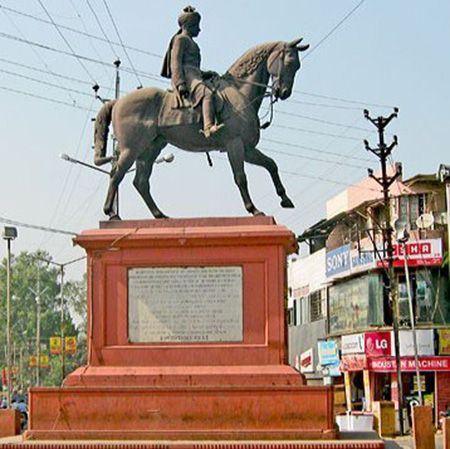 The history of Ratlam is not only fascinating but also dramatic and intriguing. During ancient times Ratlam was known as Ratnapuri. The story of Ratlam started when Ratan Singh, a Rathore clan of Rajputana (present day Rajasthan) saved the then emperor of India Shah Jahan by stabbing a crazy elephant which was running towards the king. Shah Jahan was enthusiastic about the elephant fight which was very common in ancient India. He came to witness the game in Ratlam and the incident happened. The brave Ratan Singh however rescued him from the trouble when no one else really stood up for the king fearing their lives. The impressed Emperor of India embraced Ratan Singh as the King of Ratlam as a gift of token. Ratlam remained a princely state under the British rule till 1947.
However the present day Ratlam city was mainly established by Captain Borthwick in 1829. He wanted to form a commercial hub in the central region and Ratlam was his first choice. In no time, Ratlam emerged as the trade center of the region and became famous for its tobacco, salt and a special kind of bargain called Sattas. Ratlam maintained a steady respect of being one of the business hubs for the British India.

Ratlam is situated in the Malwa region of Madhya Pradesh, India at a high altitude. The geography of Ratlam has its own attractions as it situated at about 1575 feet or 480 meters from the sea level. The city is vast and spread over almost 39.19 square kilometer (15.13 square miles). The local coordinates for Ratlam city is 23°19'0 N 75°04'0 E and it comes under the India Standard Time (IST) time zone (GMT+5.30).

Ratlam coordinates at 23 05' North to 23 52' North Longitude and 74 31' East to 75 41' East Latitude. While Ratlam city has an area of 15.13 square miles (39.19 km²), Ratlam District is spread over an area of 4,861 square kilometres (1,877 sq mi). Ratlam is a subtropical humid climate zone of Madhya Pradesh. Like other parts of Madhya Pradesh it witnesses Summer, Rainy and Winter Season. The temperature during the summer goes high upto 44 °C while the average temperature recorded as 28 °C. In the rainy season it witnesses an average rainfall of almost 970 mm. Due to subtropical climate, the temperature in winter also goes very law and minimum winter temperature recorded in the city is 4–8 °C but the average temperature during this time is 16 °C.

Places of Interest in Ratlam 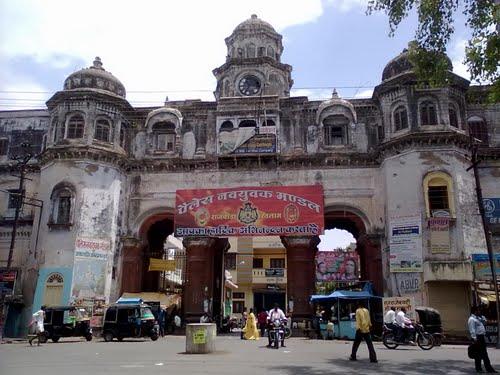 Ratlam was ruled by Hindu rulers which is evidently reflected in its art and architecture.The city is dotted with numerous famous temples, beautiful park, garden and sanctuaries. Ratlam has plenty to offer for the people and the tourists. Popular places to visit in and around Ratlam are:

The last census was carried out in 2011 by the government in the Ratlam City. According to the report the city hosts 264,810 people. The total no of male residents were found to be 135,007 where as female reached the figure of 129803. The city has a very good gender ratio and almost 961 women are there to 1000 men according to the census report. The population density of the city is 107 people per square mile and 277 people per square kilometer.

Major festivals of Ratlam are Holi, Dushehra, Diwali, Eid and many more; all these festivals are celebrated across length and breadth of the city and showcases the cultural richness and prosperity of the city.

The city is well connected by the railway and road network to the rest of India. Ratlam Junction is the main railway station of the city and it operates as the Divisional head quarters of the Western Railway. The junction is well connected the other parts by the vast Indian Railway network.The city is connected via the National Highway 79 and is well connected by the state capital Bhopal and other major cities like Indore. Ratlam is situated on State Highway 31 and 22 ran through Ratlam connecting it to other parts of the state. Local means of transportation in Ratlam consists of auto-rickshaws, rickshaws and taxis.

Shopping in Ratlam can be a fun for the first time visitors. Visit Kothari Market, Akhanda Gyan Ashram Market, Gulab Market to find and purchase useful household goods and decorative handicraft items. Though Ratlam is comparatively a small town compared to other parts of Madhya Pradesh still it has everything to match the standards of the day. From beautiful apparels to utensils and statues you can buy all and more. No doubt Ratlam city serves as a major commercial center in the district. Apart from famous markets there are many shopping malls including the famous Vishal Mega Mart. Enjoy shopping in the busy yet beautiful city of Ratlam.

Economy and Industrialism in Ratlam

Ratlam is known for its growing industrial value in the country.The city has enjoyed the status of a commercial hub from the British time and is still a notable industry place in Madhya Pradesh and India. The major industries that have prospered includes Chemical, Plastic rope, Copper wire, Artificial Oxygen and others. But the most important of the all is the Gold of Ratlam. The city is equally famous for its popular food products like Ratlami Sev and clothing especially sarees. The small art and craft industry is also a major contributor in the economy of Ratlam.

Ratlam at a glance