Art and Culture of Ratlam

Ratlam’s cultural fabric is woven with traditions. The historical past and vibrant customs make the place charming and lively. Earlier known as ‘Ratnapuri’ literally meaning the city of precious jewels, this place carries a princely connotation. The social and cultural ethos of the city is still maintained in spite of urban developments. Ratlam in Madhya Pradesh presents a secular picture with followers of different sects and religions inhibiting in the city. From Holi To Diwali, Id and Christmas all are celebrated with fervor and gaiety. Ratlam dotted with historical monuments has seen various stages of Indian history. 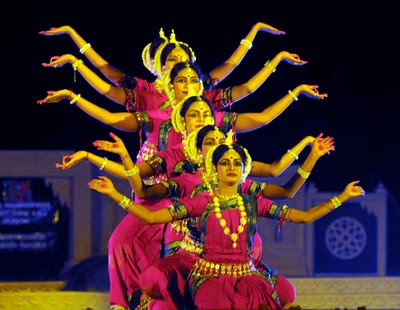 Unlike other metropolitan cities, Ratlam is not about night life, discotheques or high profile parties. This place is more about its famous temples and traditions. Due to its economic activities, people are financially sound and prefer spending on gold and shopping in general. One may find a few shopping arcades, but majorly crowds are found shopping in local markets. The mindset of the people are dominated by Indian cultural values and beliefs.

In Ratlam you can find people belonging to every sects. Be it Hindus, Jains, Muslims, Sikhs or any other all live together giving secular look to this busy yet beautiful city. Hindus form a major part of the population and so here you can find many temples dedicated to Hindu deities. Some are very famous temples in and around Ratlam are The Kalika Mata Mandir established by the royal family. Other like Siva Temple, Sagod Jain Temple are equally famous in Ratlam. There are numerous temples in the Ratlam district, which include the Veerupaksh Mahadev Temple in Bilpauk, Garkhankhai Temple, Mahalaxmi Temple, Amarji Temple and many more.

Hindi is a common language spoken by the inhabitant of the city . However people also speak Malwi and Rajawari language within their communities. All government communications, advertisements, media communications and public activities are done in Hindi. Due to educational institutes and literacy, English is also a formal language for business communications. Due to the language ease, people find Ratlam as a convenient travel location. There are no language barriers and communication is very simple and understandable.


Folk Songs and Dances of Ratlam 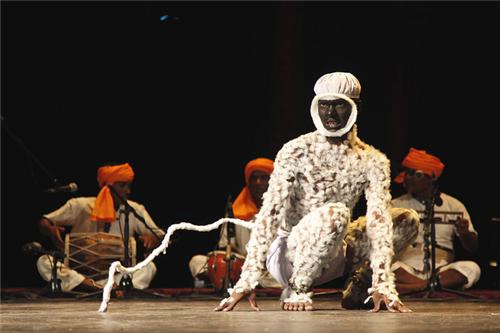 Folk sings and dances of Malwa region is prevalent in Ratlam. The most prominent folk songs of Malwa including Ratlam is Lavani. Apart from this there are numerous others like Bhartahari, Sanja geet, Bhopa, Kalbelia, Alha, Pandwani Gayan and more. Though most famous dance form of the region is Swang others like Badhai, Rai, Saira, Jawara, Bhagoria, Dashera, dadariya, Duldul Ghodi, Lehgi ghodi, are equally appreciated . Despite increasing penetration of modern music like Hollywood and Bollywood songs, these folk songs and dances continue to hold their ground and are still being practiced during special seasons and auspicious occasions by the locals and reflect the prevailing culture in the city.

Ratlam celebrates all major Indian festivals. Be it Diwali, Eid, Holi, Karwa Chauth or Dusshera – people of Ratlam celebrate all in healthy atmosphere. The celebrations in Ratlam are marked by shopping, foods, snacks and fun. Local fairs and small cultural festivals are also common. Given the traditional outlook of people, celebrations take place in its very spirit. Marital celebrations and nuptial rituals for an integral part of social customs. People from other parts come to buy gold in Ratlam and the markets are flooded with people during festival seasons. With some urban changes, New year celebrations are also organized, but their crowds are limited.


Art and Paintings in Ratlam 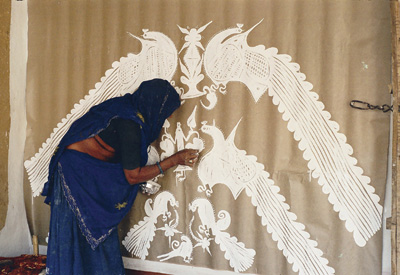 Ratlam is famous for its art and painting. The wall and floor painting shows the artistic interest of the region since ancient times. Mandana is the traditional painting in the region which is being painted on floor and walls of houses with white base contrast. The motif style includes Swastiks, flower, peacocks, animals etc.

In Ratlam, women wear saris or ghagra cholis. Ratlami Sarees are very famous for their beautiful designer patterns. Women folk prefer to wear colorful sarees draped over a simple or fancy blouse on auspicious occasion. Bindi form a vital part of their make-up. As the culture of the city is mixed, so is the costume. Young girls often prefer Churidar or Salwar Kameez. Now days they are also seen wearing western outfits. Men wear general Indian wear that includes Kurta and Dhoti or Pajama and other ethnic wear. But now Pant and shirt have also been accepted as a common wear in the region. Owing to the closed culture of the place, people dress up in the traditional manner. However, youth is seen experimenting and trying their hands on the latest fads.

Kalidasa one of the foremost writer in Indian history belongs to Malwa region. Ratlam which is a part of Malwa region is known for its literary taste. The works of Kalidasa like Malavikagnimitra , Abhijñanasakuntalam , Vikramuurvashiiya , Ritusamhara and Kumarasambhava still finds place in the libraries of Ratlam. Today Ratlam ranks amongst the famous region of Malwa and is home to many famous personalities. 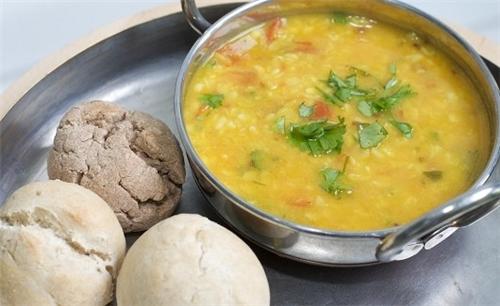 The food of Ratlam has a smell of Rajasthani, Gujarati, Maharashtrian cuisine. The main crop that is being predominately used in kitchens in Ratlam is Jowar but with the change in appetite, wheat is also being used widely. Due to weather constraints and dryness throughout the year, people in Ratlam tend to store food like pulses and grains and use of green vegetables is generally rare. DalBaati is one of the most famous cuisines of the region. Bafla, the traditional small and round bread is commonly used in food. Chakki ri Shaag is another traditional cuisine that is used in gravy and is consumed with curd. The sweet dish in Ratlam is called Tapu which is made using wheat and sugar is generally popular among the local households and is prepared in festive seasons. Other side sweet dishes include Mawa bati, Khoprapak and Thulli which are taken with milk.