The city of Ratlam during ancient times was known as Ratnapuri . The city located in the Malwa region is one of the prominent city of Madhya Pradesh. The city is approximately 1,575 feet above the sea level and has sub tropical climate. Ratlam is located at coordinates: 23°19'0'N 75°04'0'E and has an area of 15.13 square miles (39.19 km²). The city in Central India is majorly known for its gold and jewelry designs.The city has evolved as a commercial hub of the country. With the population of 273,892 according to the last census in 2011, the city is developing with a fast pace. The city along with other developed cities has been increasingly contributing in the economy of Madhya Pradesh. 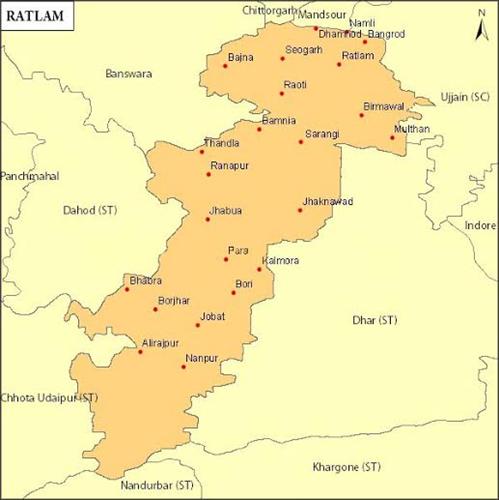 Like most of the parts of Madhya Pradesh, Ratlam has a humid sub tropical climate. Mainly three different types of season are observed in this region. The seasons are mainly classified as summer, winter and monsoon. The period between mid March to June witnesses summer. During the mid April the temperature can reach around 44 degree Celsius making the climate extremely hot and humid. In late July with the onset of monsoon the temperature comes down to 38 degree Celsius with the significant increase in humidity. The average rainfall in Ratlam is recorded up to 37 inches. Heavy rain lashes however gives relief from scotching heat. From November to February the cold winters sweeps over Ratlam. The lowest temperature recorded in the city during the winter season is 4 degree Celsius. Some time due to the south west monsoon the rainy period extends up to the mid of October.

Being a part of Malwa plateau, the black soil is dominates the region. The mineral rich soil imparts the black color. The soil found in Ratlam is very fertile soil and requires less irrigation. The moisture holding capacity of the soil helps in the cultivation of crops. The occasional winter during the month of February helps in germination of crops. 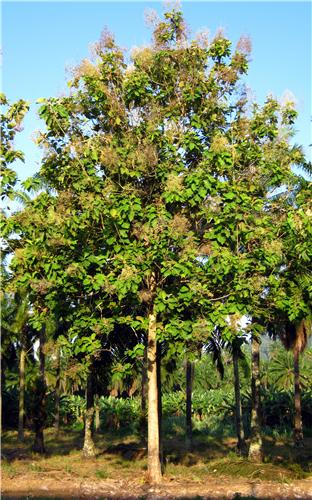 The regions of Ratlam are mainly covered with tropical dry forest having neem , teak and shisham. The harsh summers causes drying of the forest especially the herbs and shrubs causing desertification in some regions. The forest is inhabited by Bhills, Gadia and other local tribes of the region.

The region of Ratlam city is nourished by two main rivers in Madhya Pradesh. The river Chambal flows through the region while the river Shipra just touches the city of Ratlam before joining in the River Chambal. The river has been an integral part of the life line of people as majority of the population depends on agriculture. The farmer uses the river water for irrigation purpose. Also the river provides livelihood for fishermen. The nearby houses and industries get their water supply from these rivers. The river water encourages the growth of vegetation along its way which maintains the ecological balance in the region.