Ratlam a beautiful city of Madhya Pradesh has everything to attract visitors. With its rich and vibrant past it truly amalgamates the essence of its legacy. Ratlam was previously called ‘Ratnapuri” which means ‘city of precious jewels’. It lies to the northwestern part of the Malwa region and reflects the colors of Malwa culture in total. Being an emerging hub of economic activities it is well connected via roadways and railways to other parts of the country. Due to the princely history of the place, it has several palaces and monuments. It has witnessed different phases of Indian history. The folklore of the region describes encouraging tale of Rajputana bravery.


How Ratlam got its name? 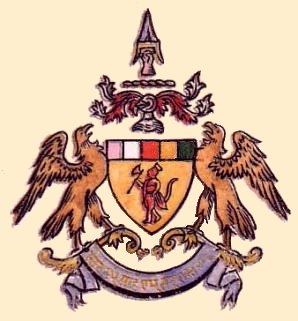 Ratlam, the part of Malwa region in the Madhya Pradesh was once princely state before the independence. Post independence, the princely state was dissolved and is now it is an emerging city in the country. Historian suggests that the name was derived from the ruler Maharaja Ratan Singh which was earlier called as “Ratnapuri” and that meant city of gems. While another opinion suggests that the region was earlier ruled by Varika clan under the king Vyagrarata during 420 A.D. and from there the name “Ralam” was derived as inscribed in Mandsaur Pillar. The most accepted opinion about the name of the city is that the name came from Ratnapuri.

Ratlam was primarily gifted to Ratan Singh Rathore by the Mughal emperor Shah Jahan. There is an important incident attached to the gesture of Shah Jahan. As the Mughal emperor was fond of elephant fights, he had organized a grand event. He invited all major Rajputana clan to attend the event. Ratan Singh was also invited from the Rathore clan to attend the occasion. During the occasion, one of the elephants got wild and headed towards Shah Jahan. No one proceeded to help him but Ratan Singh was very brave and helped him. He got on the elephant and stabbed him with his katar (Knife). He heroically saved Shah Jahan’s life. Shah Jahan was greatly impressed by this act of bravery and as a token of thanks gifted the city of Ratlam to him. 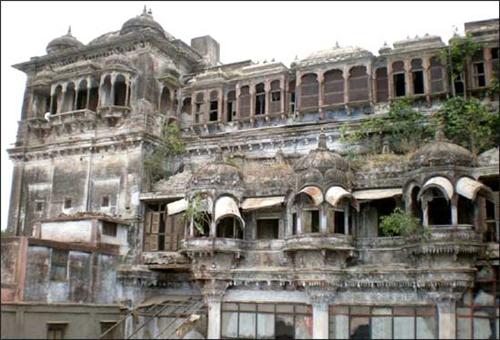 Maharaja Ratan Singh was the first Maharaja from 1652 to 1658. After his death, Maharaja Ram Singh became the Maharaja and rules till 1682. It was ruled by subsequent Maharajas one after the other. There is a long list of kings from the Rathore clan who have ruled the city and each of them have contributed in several ways. After the rule of Rathore clan, it came under British rule as part of Malwa agency in Central India. This long standing rule of the Rathores has given the city a princely charm. Many edifices sprawling around Ratlam are a present from this glorious period. One can feel the true flavor of valor and pride in the city breezes. There are many constructions which owe a rich past and the city boosts itself as an important part on the map of India.


Ratlam during the British rule

Ratlam was also a princely state during the British rule. The new town which is mainly the urban Ratlam was founded by Captain Borthwick in the year 1829. It was then furnished with broad streets and well built homes. Owning to its central geographical location, it was a commercial hub in Central India during the British rule. Trading of opium, tobacco and salt was extensively done from here. Ratlam railway station is an important hub till date. Post independence the city of Ratlam was again reorganized in the year of 1949. Spread over 4861 Sq.km. Ratlam is divided into six tehsils namely Alot, Jaora, Piploda, Ratlam, Sailana and Bajna.

Under the rule of British India, Ratlam was the princely state in Malwa region. For a long time Ratlam was under the rule of Rathore dynasty. The suryavansha Rathores ruled the princely state and they were mainly from Rajasthan. Maharaja Ratan Singh was the first ruler of the region and he had 12 wives. One of her queen amongst the 12 wives, Maharani Sukhroopde Kanwar Shekhawat committed sati in 16th century. The living descendent of Rathore dynasty, Maharaja Natwar Singh is still alive and is living with his family in Rajasthan. After the independence the princely state was dissolved and became an integral part of the country.

Archaeological and Devotional Places in Ratlam

There are a plethora of devotional places in and around the city of Ratlam. All of these places bear a historical past and folklore. Kalkamata Temple, Mahalaxmi Tample, Barbad Hanuman Temple and more such religious places are spread over the city. These archeological sites give a glimpse of the glorious past of the prosperous city. Most of the old monuments in the city of Ratlam are dated back to 10th -11th century AD. Apart from Mughals a few Hindu rulers also indicates their presence in the region. The Paramara Dynasty also had its presence in the region. The old and ruined sculptures of an ancient shiva temple can be seen scattered in Jhar region near the City of Ratlam. Another ancient Islamic shrine Hussain Tekri was established in early 19th century by Nawab Mohammad Iftikhar Ali Khan Bahadur . The shrine was present at the outskirts of Ratlam. The Nawab was buried in the graveyard of Hussain Tekri. Every year during Mohorram, the Islamic festive season several Muslim pilgrims comes to visit the shrine from all across the world.

Today, the city of Ratlam is one of the fastest growing cities in Madhya Pradesh with its commercial and industrial activity. The region is economically supporting the state with increased revenue generation. The historic places, devotional monuments, parks and gardens make Ratlam a perfect tourist destination.