The state of Madhya Pradesh is situated in Central part of India and its one third lands are covered with dense forest. The forested land provides a unique habitat for wild life. Before the independence, the forest lands were mostly owned by princely states as the ruler enjoyed hunting activities. After independence, these forests were declared as sanctuaries and national parks in order to preserve natural flora and fauna of the state. Within the region of SardarPur Sanctuary also known as Kharmour sanctuary the chances of seeing wild animals are quite high. It is popularly called Kharmour sanctuary due to the presence of principal fauna Kharmour and other birds.

It has been an exciting place for tourists and naturalist to experience the panorama of wild life. Apart from the wild natives of the forest, the sanctuary observers the migration of several colorful birds each year during the winter season. Their visit enhances the influx of tourists and nature lover in the region. 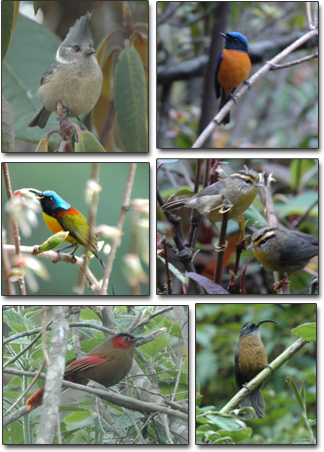 Kharmour Wildlife Sanctuary is spread in Ratlam district near Sailana village in northern part of Madhya Pradesh. This place is located amidst the hills of Malwa region and is internationally acclaimed for its rich and varied variety of flora and fauna. The region is covered by dense forest and grassy terrain because of the suitable climatic conditions like moisture, soil texture and availability of water. The life supporting conditions in the sanctuary provides habitat to several exotic species. Besides having a rich population of species like deer, rabbits, wild boars etc, the sanctuary is also home to several endangered species. The sanctuary was established in the year of 1983. The entire region of the sanctuary is comprised of 13 sq km with natural sources of water. The region is administered by the forest department of Madhya Pradesh. The authorities keep a high level vigilance on the sanctuary t prevent the illegal mining and smuggling of trees from the region. Continuous patrolling was done under the administration of forest department to keep such illegal activities at bay. The sanctuary serves as a paradise for bird lovers as around 1200 species of birds can be seen here.

The sanctuary remains open for the tourist 6 to 10:30AM in the morning and 3 to 6 PM in the evening. The best season to visit the sanctuary is between July to September. During the autumn season the place is visited by several migratory birds that come from colder regions for mating. These birds stay in the sanctuary for the period of three months. The principle flora includes the deciduous trees, teak and Sal trees with the extended grasslands. The water sources in the moth of summers dries to form small ponds which becomes home for several reptiles and stout fishes. The natural wetland in the vicinity of the sanctuary serves as a life supporting system for several wild life species. The marshes attract several waterfowls migrating from other regions. During the peak season it becomes the hub spot for bird watchers. The avian population in the sanctuary includes the species like peacocks, parrots, Kingfishers, ducks, peafowl, Herons, Egrets, Bulbuls, wild pigeons, Racket-tailed Drongos etc.

How to Reach Kharmour Wildlife Sanctuary ?

Kharmour Wildlife Sanctuary is situated nearby the Sailana village in Ratlam district. Several tourists visit this place every day. During the peak season the influx of visitor increases to several thousands. The City of Ratlam provides many bus services to visit the place. One can also avail the auto or taxi services to reach the destination. The nearby railway station is Ratlam Junction from where one can get buses or small vehicles like autos that helps in commutation. The nearest airport is Indore airport.