A sport is an adventurous activity that keeps an individual physically and mentally fit. In sports generally two teams competes with each other in a good spirit to achieve victory over other team. Physical athleticism or physical dexterity is the two main components in sports. It not only adventitious but it also entertains the spectators. There are several councils and sports committees that are operating in the country to regulate various element of sports. Ratlam being an emerging city of Madhya Pradesh show a great enthusiasm for sports. The residents actively participate in various sports activities held in the vicinity of Ratlam. The city of Ratlam is slowly but steadily emerging as a house of various sports activity.

Cricket is a popular game in our country which is also known as gentleman’s game. It generally comprises of eleven players in a single team where two teams competes with one another. It is said to be the most sought after game in the region. In Ratlam the game of cricket is mainly played in Railway ground. The first match played here is dated backed in the year of 1952-53. Since then the railway ground is been regularly used by various organizations to organize matches between teams. Especially zonal cricket matches are hold twice in a year by Railways. The stadium hosted several first class matches and observed below mentioned records during the Ranji Trophy in December 1952. 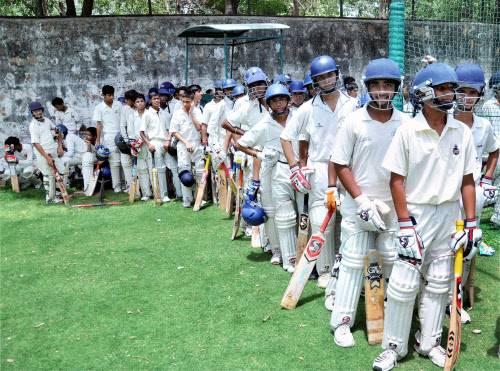 Important events relating to game of Cricket in Ratlam

Football has always been an energetic sport in India. Ratlam is highly passionate about football and there is great soccer culture in the city that can be observed amongst the youth. Ratlam does not have a All India Football Federation (AIFF) stadium, but there are many small and big grounds where football is played. The schools in Ratlam are especially involved in the game. Schools in Ratlam have won many notable school level competitions.
Ratlam city has contributed a great part in Madhya Pradesh Football Team. The MP football team competes in Santosh Trophy that is held every year among the states. The football team of Ratlam often visits nearing cities like Bhopal, Indore, Jabalpur to contest football matches. 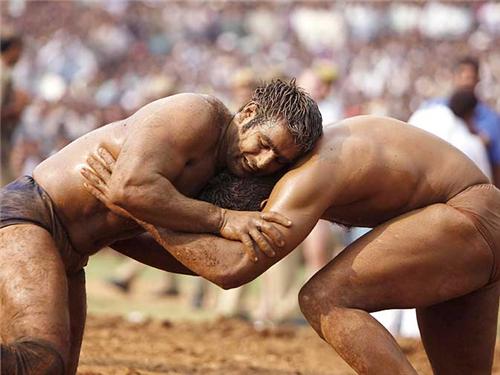 Wrestling is very popular sports in Ratlam. Being one of the traditional sports in India, Wrestling has gained immense popularity in the city following recent Olympic success in the event. There are many ‘Akhadas’ in the city where wrestler practices their moves. Ratlam Nagar Nigam (Municipal Corporation of Ratlam) also organizes wrestling event in the city. The event invites wrestler from many parts of the country. This competition has able to boost and encourage the sports in the city.

Other Sports in Ratlam

Ratlam may not be a metropolitan city but it is very much involved in the sports and game. Ratlam has shown exceptional improvement in the sports like Javelin Throw, Shot-put, Disk throw and others. Volleyball is a very popular sport in Ratlam and one can witness many Volleyball courts in the city. Polo is another sport that has been in practice in the city for long years. The city has its own dedicated Polo ground.